In 2020, the international Safer Internet Day (SID) was celebrated differently in Lithuania. More than 200 pupils, teachers and experts became active creators of solutions for a safer and better internet in a one-day hackathon CYBERteens.

19 teams, led by experts, generated ideas regarding the safety of personal data, cyberbullying and online disinformation. They were invited to choose one of six challenges and suggest innovative solutions. The event was livestreamed in the news website Kas vyksta Kaune, which over 12,000 people did.

Cyberbullying is the most common issue

The hackathon was split into three parts. In the morning, innovators and entrepreneurs discussed the importance of a safer internet. They explored how to use the opportunities offered by the internet nowadays, and how the next generation can make changes in the digital world. Teenager Simonas Savickas shared his personal story and showed how easy it is to find personal data on social media.

Other pupils also revealed their shocking experience about stolen Facebook profiles or floods of viruses in computers but cyberbullying definitely remains the most common issue on the internet. Many teenagers said that they faced cyberbullying at least once. "The solution was very simple – to block the hater and stop talking to them completely", said a girl who, together with her team, decided to create solutions for cyberbullying.

In the second part of the hackathon, expert Ugnius Savickas invited the teams to act as social detectives. This was a great opportunity for everyone to gain knowledge about design thinking.

Before the event, the organisers invited the teams to choose one of the six safer internet challenges offered:

"This year, we decided to change the format of Safer Internet Day celebrations in Lithuania. We wanted all participants to not only be watchers, but become active creators. The hackathon culture is gaining momentum in Lithuania. That is why we chose this format, and I think it was a great decision. Pupils and teachers from all over Lithuania proved that they are ready to play an active role in solving problems encountered by children and young people online" said Deputy Director of Communications Regulatory Authority Ieva Žilionienė. She was delighted that the ideas put forward by the teams covered a very wide range, from easy-to-apply practical solutions to futuristic ideas. All teams presented their ideas for jury – the best ideas were awarded. 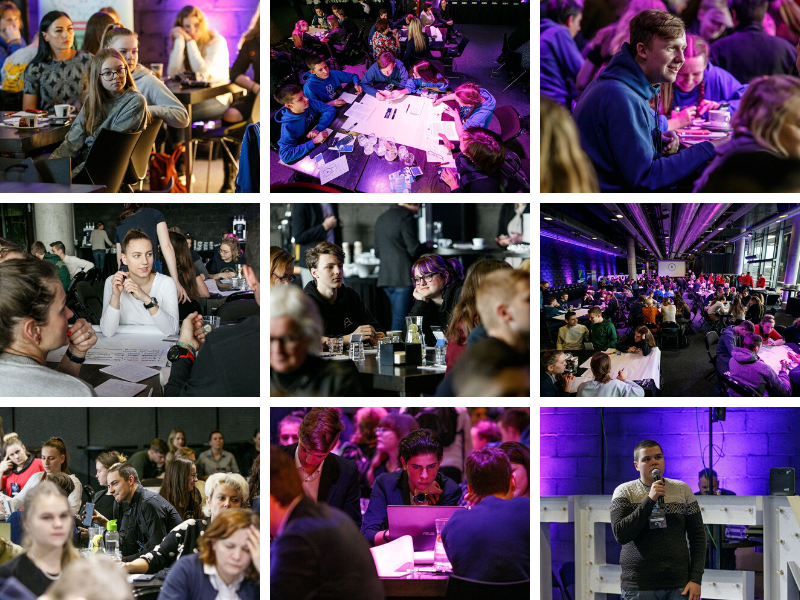 The teachers and pupils at the event were eager to share good practices. "Last year, the school had to deal with an incident of cyberbullying. The IT teachers provided cyberbullying trainings to the pupils, who watched and analysed some footage in teams, solving different situations, creating posters with ideas as to what to do if you become a target of cyberbullying", said one of the team's educators. She said that the CYBERteens hackathon teachers is a good way for young people to learn how to work in teams, how to communicate with experts, how to make presentations in front of a jury. The students also learned about innovation and the start-up ecosystem. One of the main goals of the event was to make some ideas sustainable and implementable.

The livestream and the photos of the event can be watched on Facebook.