Safer Internet Day 2022 in France aimed to raise awareness among families, teachers, educators and professionals working with young people, with a special focus on targeting parents for the very first time.

Indeed, in addition to the unprecedented context which has significantly increased the screen time of children and the teenagers, today's parents and carers generally find themselves in a unique situation: they are the first generation to have to educate their children in a digital world, without having been trained about it themselves.

The French SIC’s mission this year: empowering the parents

The three partners of the French Consortium, the awareness centre Internet Sans Crainte, the Helpline 3018 and the hotline Point de Contact, built the Safer Internet Day 2022 campaign around digital parenting. This engaging and positive campaign was based on practical and free tools to support parents and carers, and reassure them by sending them the clear and positive message that they can "Trust yourselves! You can do it!”.

Each partner therefore organised actions to disseminate the key messages of the joint campaign widely throughout its networks and communication channels.

The French hotline Point de Contact, together with Génération numérique and Ecole Marianne, hosted a round table event bringing together contributors to the cause of child protection in France. Secretary-General of the Comité Interministériel de Prévention de la Délinquance et de la Radicalisation (CIPDR) Christian Gravel, Deputy Laetitia Avia, as well as representatives from Gendarmerie Nationale, Meta, Google, Yubo, TikTok, ARCOM, Aleph Networks, DILCRAH participated in this event. The opening speech was given by Marlène Schiappa, French Minister Delegate in charge of citizenship, attached to the Minister of the Interior.

The first panel focused on the possible political measures to be taken to protect youth from hateful messages and ideologies online. The participants of the second panel addressed the question of how to best educate minors on online behaviours. The third panel touched on the role of technology by introducing better ways of online moderation. During this event, Point de Contact launched an additional functionality to the hotline’s three reporting tools: it is now possible to capture video streams, allowing the public to report live content.

On the occasion of Safer Internet Day, the NGO Association e-Enfance launched the 3018 application (app.3018.fr) for young victims of cyberbullying, with the support of the French government. This app was developed in a very short time (barely two months) in partnership with Orange, the French telecommunication company. This app is a first within the European helplines network.

The 3018 application is part of a wider national cause in France. It was announced by the French President Emmanuel Macron in November 2021, on the occasion of the National Day of Fight against Harassment in Schools, "so that the shame can change side".

The 3018 application was launched alongside high school students in the presence of Jean-Michel Blanquer, Minister of National Education, Youth and Sports, Adrien Taquet, Secretary of State in charge of children and families, Brigitte Macron and Stéphane Richard, Chairman and CEO of Orange.

The 3018 app is the first and only completely free, secure and confidential application helping victims of harassment and cyberbullying. It offers 4 main features: 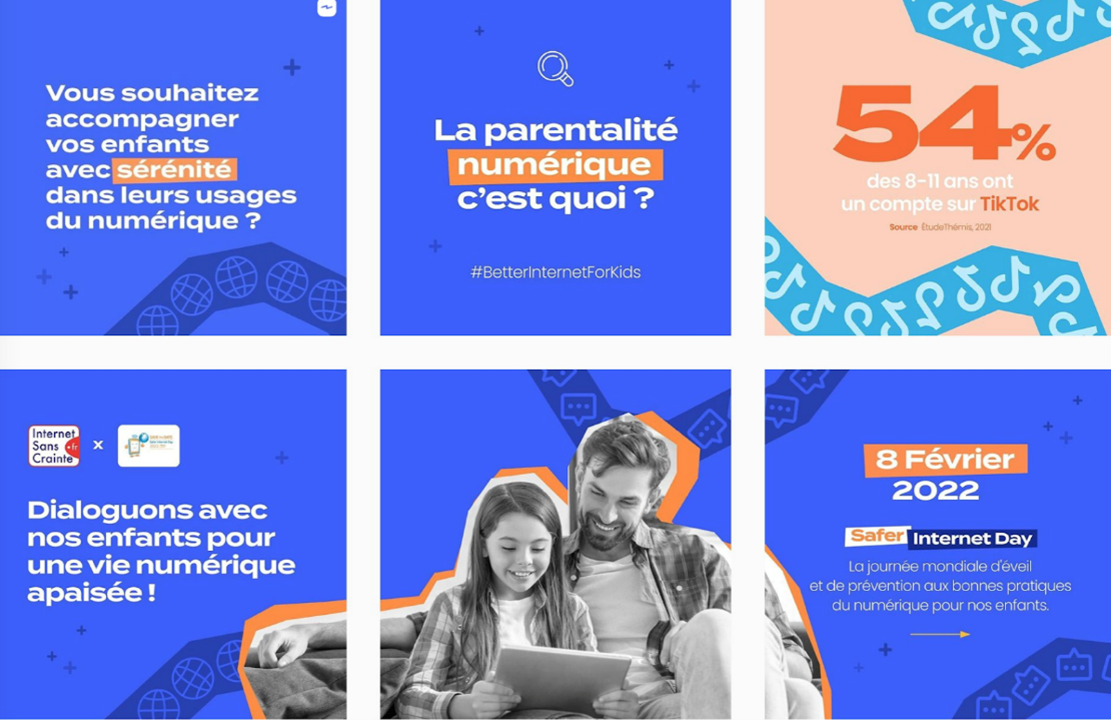 Internet Sans Crainte has set up a 360-degrees campaign targeting parents and carers on the one hand, and teachers and educators on the other. The campaign for parents consisted of several main actions and was supported by the dissemination of new content. 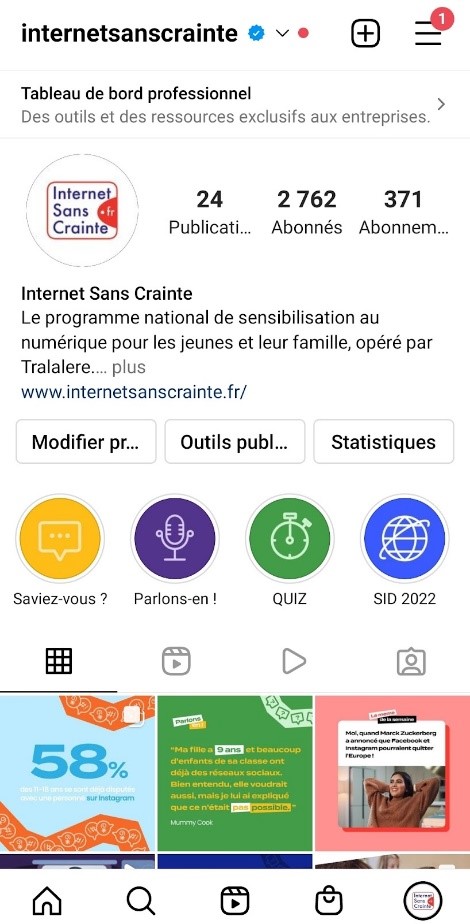 With the help of a marketing agency, Internet Sans Crainte launched its Instagram account targeted at parents shortly before SID, reaching over 3,000 followers by offering advice easy to implement on a daily basis without making the users feel guilty. In addition, a live conference was organised with 1,200 participants on 7 February 2022. Open to all parents, the French SIC gathered experts from an educational background (sociologists and researchers), representatives of the industry (Meta, Samsung) and the French Ministry for Family Affairs Adrien Taquet. You can rewatch the SID conference here. 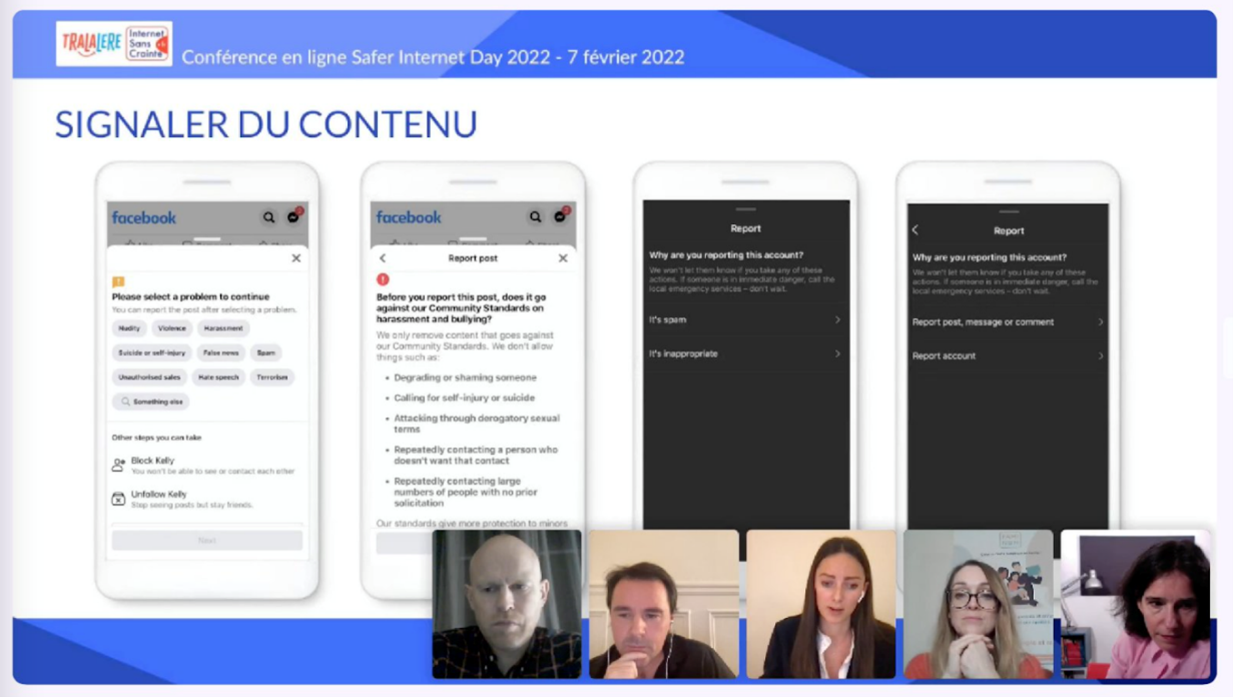 Designed to help families create their own digital chart to establish good digital behaviours in the family, the platform FamiNum.com has been updated with the support of the French institution MILDECA. A series of five stop motion videos were added to the platform. The 2-minutes long videos were created with the support of AXA Prévention to answer practical questions about the use of screens and social networks. These actions targeted at parents and carers were supplemented by digital kits and activities to be used by families. 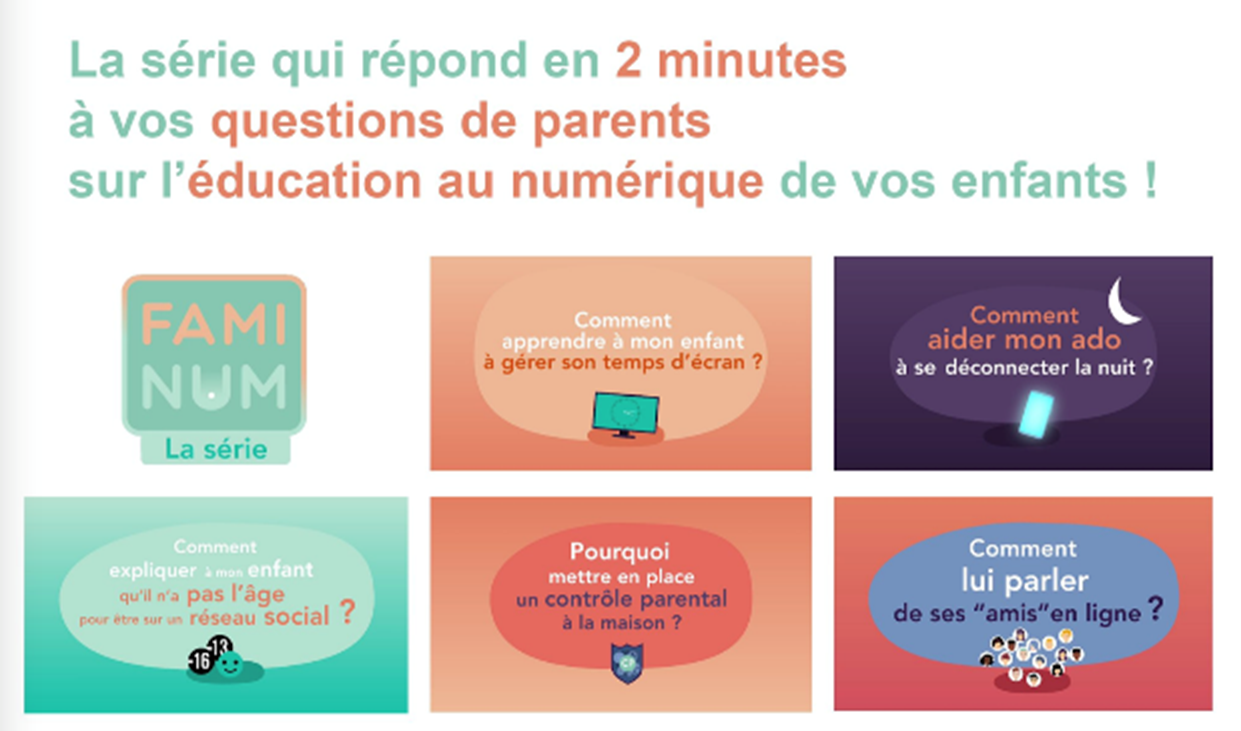 By offering tools, advice and tips through multiple channels, and with the support of a complementary PR campaign, Internet Sans Crainte reached out to hundreds of thousands of parents and carers during SID 2022.

Get ready for the Positive Online Content awareness month

It’s September, which means it’s time to go #BackToSchool for many pupils all around the world. There’s no better way to prepare for the return to school desks again than by joining in activities as part of the Positive Online Content Campaign (POCC) awareness month and be reminded of the importance of safe, playful, reliable online content for children.

The new Better Internet for Kids strategy is out! Introducing BIK+

Today, the European Commission has adopted a new European strategy for a Better Internet for Kids (BIK+), with the aim to improve age-appropriate digital services and to ensure that every child is protected, empowered and respected online. This new strategy comes ten years after the first BIK strategy, and during the European Year of Youth, spotlighting the voices and ideas of young people themselves.